This Imperial of historical significance is unique. It used to belong to General Montgomery. It was presented to him on a visit to Bordeaux at the beginning of the 1950’s, at the invitation of a group of friends with whom he had fought in World War II.

The General was a gentleman of somewhat austere tastes, and it is doubtful that wine was his habitual drink. As the size of the bottle (six litres) was of considerable embarrassment to him, he entrusted it to one of his hosts, promising that they would savour it together at a future encounter.
General Montgomery died in 1976 without ever returning to Bordeaux. When his friend, who had carefully safeguarded the bottle, in turn died in 1977, his widow sold the entirety of his cellar. Jordi Marquet learnt of the existence of this famous bottle thanks to the great Bordeaux wine merchant, Madame Descaves, the “Queen Victoria of the Médoc”, and did everything in his power to acquire it.

In 1982, the directors of Château Lafite Rothschild agreed – exceptionally – to recork this Imperial. The level had fallen by 2 cm. The process of replacement took place at the Château, and Monsieur Revelle, master of the warehouse, had the privilege of undertaking this delicate and moving operation. By a happy coincidence, it was Monsieur Revelle himself who had personally bottled this fabulous wine in 1947, at the very outset of his career at the Château.

It should be underlined that these larger volumes are corked and sealed manually, and produced only in limited series. Monsieur Revelle, who had since lost track of the bottle, felt that a prodigal son had returned to him after travelling the world. The label displayed on the bottle as proof of this operation bears his signature, and adds even greater value to this treasure.

This bottle is priceless. 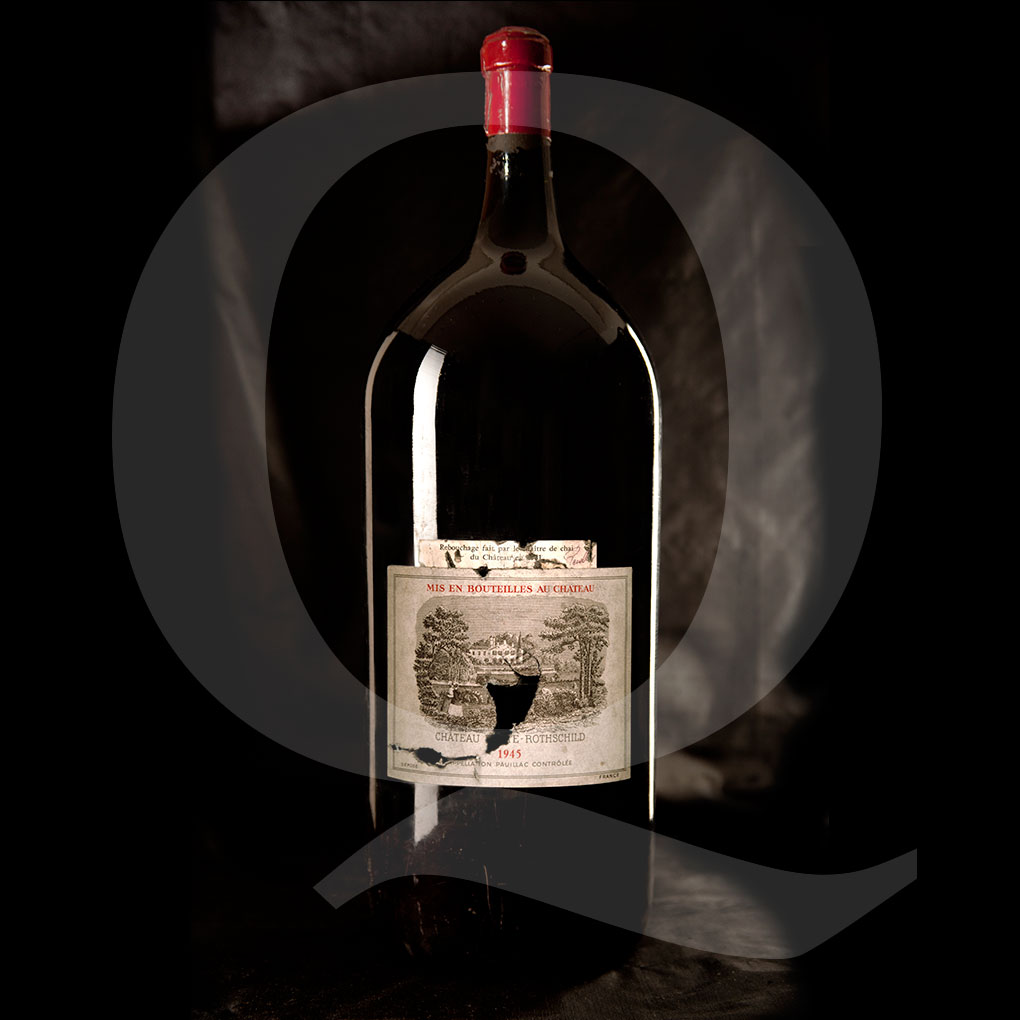